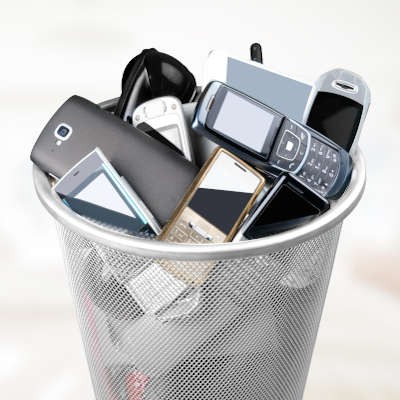 Last week we explored the flagship smartphones that are on the market right now. Today, we wanted to look at some different devices. These devices carry the price tag of a flagship (or cost more), but don’t necessarily have the specs that you would expect from devices priced in that area. They explore new form factors, or in some cases, older form factors. Let’s briefly discuss four innovative new devices.

The first devices we want to talk about look like devices that you may have used in 2002. The Samsung Z Flip and the Motorola RAZR both are essentially flip phones, for lack of a better term. Feelings of nostalgia fuel the market for smaller foldable devices, but these aren’t your parent’s flip phones.

The Motorola RAZR 5G is the second edition of the new RAZR and Motorola made some slight adjustments to make it more appealing. Well first, it looks just like the iconic Moto RAZR. It has a display on the outside that shows you some practical information, but instead of opening to a number pad and a 256-bit screen, it now opens to a 6.2-inch P-OLED screen running Android 10.

Similarly, the Samsung Z Flip, a device that only has a one-inch display on the outside, opens up to a massive 6.7-inch Dynamic AMOLED Android 10 with One Ui experience. The Z Flip has similar internals to the RAZR other than the processor. The Z Flip uses a Qualcomm Snapdragon 865+ processor which is one of the best on the market right now, creating a user experience that you would find on a flagship smartphone, on a phone that folds up to 4 inches in your pocket.

Each device can be had on many major carriers as we speak, but be prepared to pay a premium price for either.

The Z Flip isn’t the only innovative foldable device Samsung has introduced. The Galaxy Z Fold2, known colloquially as the “Fold 2”, is what people think of when someone mentions a folding phone, even though the previous version of the device was widely panned.

This version has much better reviews. It features an aluminum frame with lots of Gorilla Glass Victus and some plastic, a 6.23-inch Super AMOLED display when folded up and a huge 7.6-inch display when unfolded. Besides the screen, the Galaxy Z Fold2 functions like a high-end smartphone. It runs Android 10, has a 4,500 mAh battery, a three-camera setup, with selfie cameras for each display.

Available in Mystic Bronze, Mystic Black, and a Thom Browne Edition Grey, the flagship of foldable phones is now available from most major carriers.

Finally, for our last device, we picked a smartphone that doesn’t fold, it swivels. The LG Wing features one of the most interesting features on a new smartphone. A massive 6.9-inch P-OLED display that completely swivels horizontally to expose a smaller 3.9-inch display. That’s right, it swivels into a T-shape. Why, you ask? It’s a good question, but it does give users and developers a lot of interesting possibilities.

The Wing is made from aluminum, Gorilla Glass 5 and some other materials to ensure that the dual displays remain protected. It runs on a Qualcomm Snapdragon 765G processor with 8 GB of RAM. It has a 4,000 mAh battery and a three-camera experience including a strong 64-megapixel wide angle lens.

The LG Wing is available in Aurora Gray and Illusion Sky and will be coming to most carriers soon.

It’s neat to see manufacturers think outside the box to try and use innovative new technologies like superthin OLED displays to create new user experiences. As years pass, many of these innovations will become commonplace, while others will fade from memory. It remains to be seen what we’ll see next year.

What are your thoughts about these devices? What would you like to see in the way of a new form factor? Leave your thoughts below and return to our blog for more great technology content.

Facebook Twitter LinkedIn
Tags:
Technology Smartphones Mobile Devices
Do You Know Which Remote Users Contribute the Bigg...
Tip of the Week: Let Others Use Your Android Devic...

More posts from author
Monday, November 23 2020 Technology to Target as the Holidays Approach
Friday, November 20 2020 Does a Cheap Smartphone Make Sense for You?
Wednesday, November 18 2020 Tip of the Week: Maintaining a Work/Life Balance, Working from Home 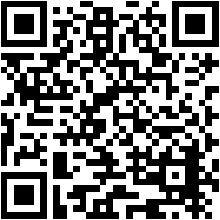